One holiday, Sinta visited his aunt in a village. It was his first experience of traveling by train, but he enjoyed it. He arrived at the railway station at 3 p.m. His uncle’s house was not far from the railways station, so he decided to go there by horse cart. 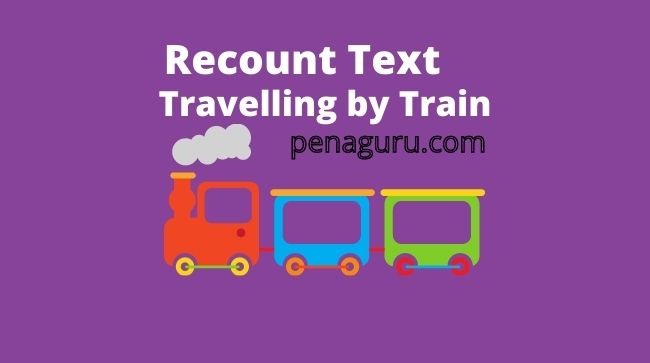 Sinta stopped a horse cart. To his surprise, the rider was a woman. She was dark skinned and looked strong. Along the journey, they had a chit-chat. The rider told him about her life. She is a wife with three children. She was simple, but had a great dream. She wanted her children to be successful. As a mother, she was willing to work hard for her children’s education. She never gave up. She believed that her hard work would be paid off.

Sinta was amazed at the horse cart rider’s story. What a great woman.

What was the horse cart’s rider like?
A. Honest
B. Generous
C. Kindhearted
D. Hard working

Why did Sinta take a great respect to the horse cart’s rider?
A. She struggled for the success
B. She lived with her three children
C. She was simple, but had a great dream
D. She was the only woman who rode a horse card

“She never gave up.“
What is the closest meaning of the bolded phrase?
A. Felt sorry
B. Surrendered
C. Complained
D. Fought against 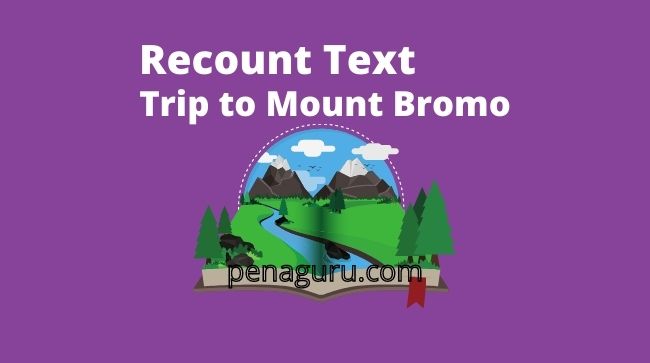 At that time i went with my uncle’s family. We went there by car in middle of night and arrived at around 3:30 a.m. There were already many people there. They all wore thick jackets, gloves and beanies, so did we. It was so cold that we were going to freeze. Soon, we could adapt to the weather.

Later on we moved to Penanjakan Peak to see the sunrise. Later on we witnessed such a magnificent sunrise. Luckily, the weather was so fine that we all could see that shinning golden ball very clearly. Then, we walked up to the top of Mount Bromo. It was really hard because we had to walk through thick sand desert while it was rather cold. Arriving at the top, it was so amazing! Trust me, you should go there one day. What a wonderful place!
Overall my last holiday is the best moment of my life. I wash i have another chance to explore Malang City.

What is the main idea of the second paragraph?
A. The place was full of visitors.
B. The writer went to Bromo by car.
C. The writer arrived at her destination.
D. The weather at the moment was very cold.

From the text we know that…
A. the writer went Bromo with her cousin
B. the sky was cloudy when the morning broke
C. it is quite easy to pass through the sand
D. the writer wore a thick jacket and beanie

“They all wore thick jackets, gloves and beanies, so did we.” ( Paragraph 2 )
What does the bolded word refer to?
A. The writer’s uncle family
B. The visitors of Mount Bromo
C. The writer and her uncle’s family
D. The people who the writer saw on her arrival.

Last week my friend and i were bored after two weeks of holidays, so we rode our bicycles to a beach, which is only five kilometers from where we live.

When we arrived at the beach, we were surprised to see only a few visitors there. After having a quick dip in the ocean, which was really cold, we realized why there were not many people there. it was also quite windy.

After we bought several hot chips at the take-away store nearby, we rode our bicycles down the beach for a while , on the hard, damp part of the sand. We had the behind us. Unwittingly, we were many miles down the beach.

Before we made the long trip back we decided to paddle our feet in the water for a while, and then sit down for a rest. While we were sitting on the beach, just chatting, we realized that all the way back we would be riding into the strong wind.

When we finally arrived home, we were both totally exhausted!

At that time the beach was ….
A. quiet
B. sunny
C. crowded
D. very clean

From the text it can be concluded that ….
A. the water of the beach is quite warm
B. the beach is very close to the writer’s house
C. the writer felt tired because of cycling hard
D. there was no food stall opened at the moment

People rarely went to the beach…. the water was very cold.
A. so
B. but
C. and
D. since

Last month, my family and I had a vacation to Jakarta, to visit Aunt Raisa. We had planned to go there a month before the school holiday. We agreed to go there by train.

The train departed from Gubeng Station at 4 p.m. it was my first time to travel by train. Unfortunately, the train was a night train, so i could not see the scenery. i only saw rice fields, mountains and many other beautiful sunset sceneries before the night came.

We arrived at Gambir Station at 5 in the morning. it took more than two hours by car. Finally, we arrived at his house. Aunt Raisa and her daughter, Luna, had cooked special breakfast for us. After we took at bath, we enjoyed the breakfast together.

Who do you think the writer of the text is?
A. Dadang’s sister.
B. Raisa’s daughter.
C. Luna’s sister.
D. Luna’s cousin.

What did the writer and his family do after they arrived at Gambir Station?
A. They walked to the exit gate.
B. They went to a costumer service.
C. They looked for a taxi.
D. They bought souvenirs.

They had their breakfast … they had a bath.
A. before
B. when
C. because
D. after

Last Sunday my family visited my parents friends, Mr. And Mrs. Syafrudin, in Padang because they have a new baby. We went there by car early morning because we planned to stop at Anai Valley Waterfall for a moment. 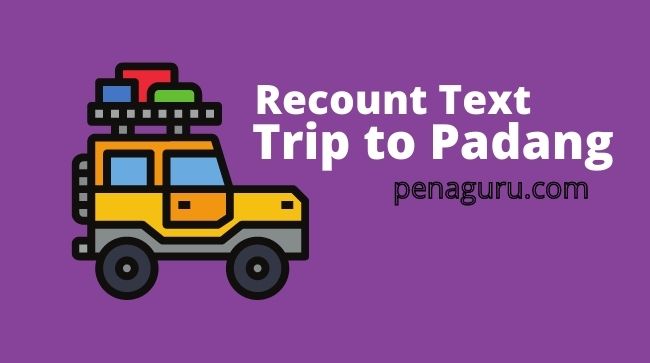 We passed Bukittinggi-Padang road which is very awesome. We enjoyed beautiful scenery along the road. We was so amazed when we saw the wonderful Anai Valley Waterfall. It is located beside the road. My father parked the car in the parking area and then we enjoyed the waterfall. The water is clear and fresh. Then, we ate delicious food in the restaurant nearby.

After that, we continued our trip Padang. We arrived at Mr. And Mrs. Syafrudin’s house around 11 a.m. They welcomed us warmly. We visited the baby and then we had a chit-chat. We left their house at 2 p.m. We passed the same road and still enjoyed it. We arrived home at 5 p.m.

What is the writer’s intention the write the text?
A. To share his/her experience.
B. To describe a wonderful waterfall.
C. To inform the way to go to Padang.
D. To tell the condition his/her parents’ friends.

Why did the writer’s family go to Padang?
A. To see Mr. Syafrudin’s new family member.
B. To eat special food near the waterfall.
C. To enjoy Anai Valley Waterfall.
D. To see beautiful scenery during the trip.

How was the writer’s family journey?
A. Quiet
B. Glorious
C. Delightful
D. Relaxed

The writer … his/her last holiday with his/her family.
A. spent
B. spend
C. would spend
D. was spending